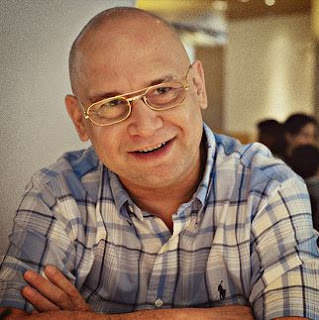 1. In 1968, Anwar Ibrahim was a student activist, a leader of the ‘Third Force’, if you wish. In 1971, ABIM was formed, which soon enough emerged as a very powerful Third Force in Malaysia. Anwar, on the platform of ABIM, toured the country to speak in PAS organised ceramahs (political rallies) even though he was not a PAS member as such.

2. It was an accepted fact that one day Anwar would take over the presidency of PAS -- which was also the wish of the late President of PAS, Fadzil Noor (he personally told me this when we met in Mekah, Saudi Arabia, in 1982).

3. But that same year, in 1982, Anwar shocked us all by joining Umno (to prevent him from joining PAS, as Tun Dr Mahathir Mohamad himself admitted). We were devastated, as was Fadzil Noor -- who ‘confided’ in me by merely shaking his head and was utterly speechless when we discussed the matter.

5. Now, you must remember, the position of Umno Youth Leader was, at that time, the second most powerful position in Umno, even more powerful than the position of the deputy presidency of the party. In those days Umno Youth was a party within a party. It was a pressure group to the main Umno. And Umno feared its Youth Movement more than it feared the opposition.

6. The reason Anwar gave for challenging Suhaimi, although he was still too new in Umno, was that Umno Youth, under Suhaimi, had lost its bite. In fact, it had even lost its bark. No longer was Umno Youth the party within a party or the pressure group that it once was. So Suhaimi had to go and Anwar was going to take over the Youth leadership so that Umno Youth could be restored to what it once was.

7. Many people grumbled that Anwar was still too new in the party. He should be a member of Umno for at least five years before he takes on any party position or contest the general election (which he did in 1982 and was made a Cabinet minister soon after he won the Permatang Pauh seat in that general election).

8. Anwar’s father declared that Anwar was an Umno member for more than five years. He said he had secretly signed Anwar up as an Umno member without Anwar’s knowledge during the time Anwar was campaigning for PAS. Some say this was not true and that Anwar’s membership had been backdated to meet the five-year membership rule and therefore make him eligible to contest.

9. Nevertheless, officially, Anwar was eligible to contest and he did. But not many in Umno Youth would support him because of his opposition background and because he was too new in the party, had not proven himself yet, had not proven his loyalty to the cause, could be a Trojan Horse, was a spoiler, may cause a split in the party, and whatnot (exactly what they say about Zaid today).

10. So Anwar had to look outside the party for support. I was approached by Zainol Abdul Rahman, the Director of Arkib Negara Terengganu (and an Abim member as well as ex-Yayasan Anda lecturer), to help in Anwar’s campaign.

11. But we were all ‘outsiders’ (as Anwar said last week). We were not Umno members. In fact, we were staunch PAS supporters (although not card carrying members). Nevertheless, we campaigned for Anwar and he eventually won the Umno Youth leadership. And in the next round we did the same when Suhaimi challenged Anwar. And in the third round when Syed Hamid Albar tried to wrest the Umno Youth leadership from Anwar we again campaigned for him.

12. We campaigned for Anwar three times in a row, and each time he won, although most of us were non-Umno members and ‘outsiders’. The issue that Anwar is too new in the party, has not proven himself yet, has not proven his loyalty to the cause, could be a Trojan Horse, is a spoiler, may cause a split in the party, and whatnot, were not issues then. The issue of whether Anwar is really a five-year member of Umno or his membership had been backdated was not even raised.

13. Suhaimi was not effective and therefore he should be replaced with someone more aggressive was the only thing that mattered. So I do not buy all those reasons why Zaid should not contest the second most important post in PKR -- although I do agree that he should not contest, but for another reason. If these are valid reasons then Anwar too should not have contested the second most important position in Umno -- the Umno Youth leadership.

(Of course, today, the Umno Youth leadership is not what it used to be like back in the 1970s and 1980s when the ‘Lion of Umno’, Syed Jaafar Albar, and Harun Idris of May 13 ‘fame’ held that post)

14. No, we can’t ‘fix the rules’ as and when it suits us and change them again when they no longer suit us. And let me remind Anwar that it was the ‘outsiders’ like us who helped his meteoric rise in Umno. If left to the Umno members they would have kicked him out because Anwar was considered too new in the party, had not proven himself yet, had not proven his loyalty to the cause, could be a Trojan Horse, was a spoiler, may cause a split in the party, and what not.